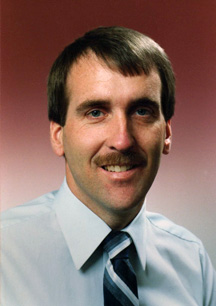 I knew Tim when he was a cymbal player with the Scarborough Fire Fighters, we used to sit at the front of the bus and talk chemistry and sci. We called him the Professor. He's in that early picture of the Firefighters with their shirt and ties (he's kneeling with a horn on the left side his brother Kerry is on the other side).

All he ever wanted to do was play cymbals. He was a solid rock for our drum line in the years to come. That he ended up with the Optimist is a real surprise because of his competitive relationship with his brothers.......I considered him a friend (by Rod Patterson)